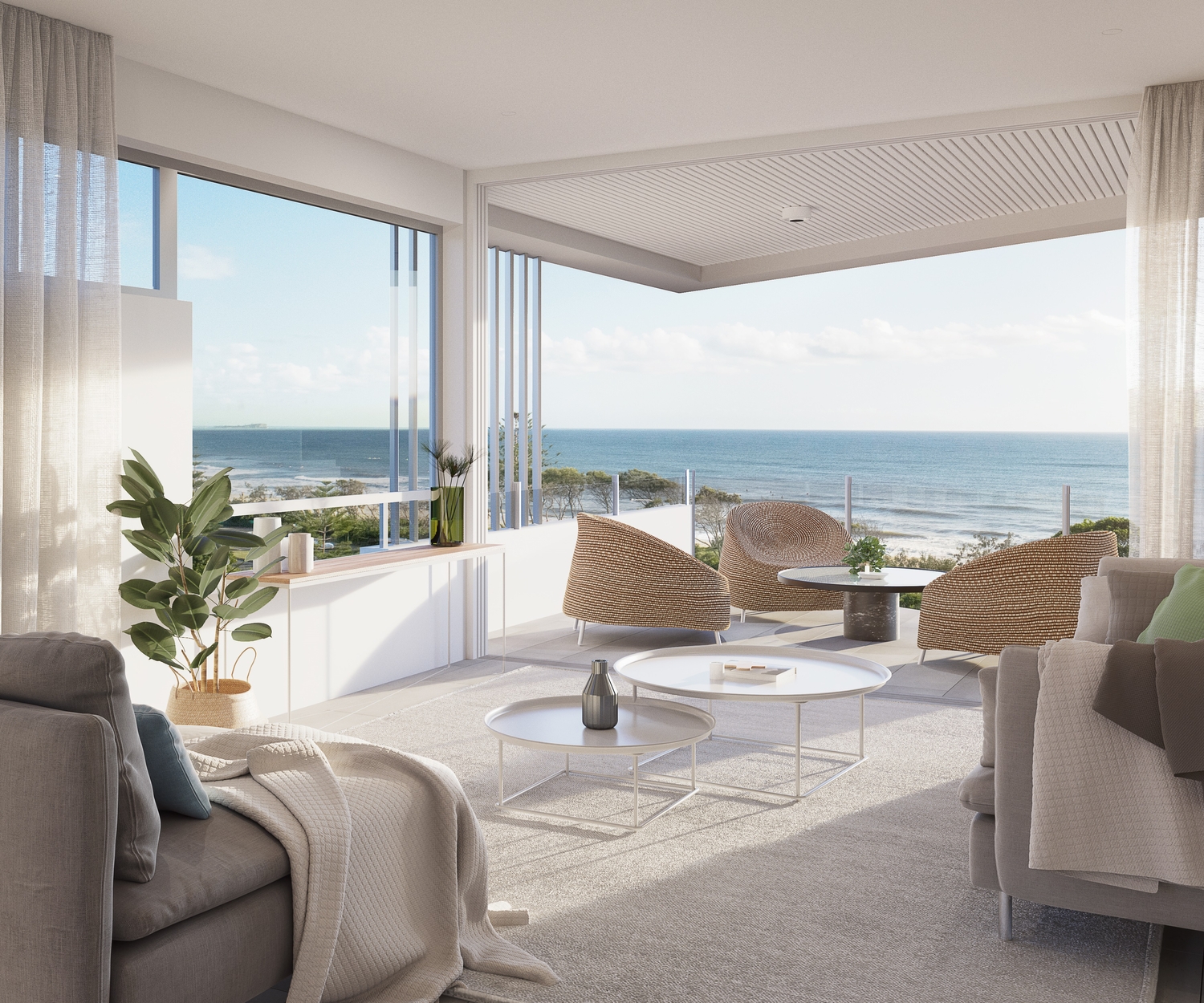 Director of Cube Developments Scott Juniper said around 30 per cent of purchasers across the company’s portfolio have come from outside South East Queensland.

Of the three projects, Beach Life Alex (pictured) – a $70 million project opposite Alexandra Headland Beach – has seen 30 per cent of its stock snapped up by Melbourne and Sydney purchasers who are looking for a permanent sea change.

Some units are still available including three-bedroom, two bathroom units priced at $1.465 million.

Another development, Allura Coolum which comprises 43 residences, is now a sell-out success after Covid sped up sales in the past six months, while One Prosperity also has no residences remaining across its 50 residences.

A two bedroom unit in One Prosperity was priced around $495,000 while a three bedroom apartment sold for around $595,000.

Director of Cube Developments Scott Juniper said around 30 per cent of purchasers across the company’s portfolio have come from outside South East Queensland, with majority of purchasers being owner-occupiers who feel the location is superior to where they’re currently living.

He said, while the borders were closed, Cube Developments successfully sold 15 of its residences virtually via Zoom with buyers choosing to make a decision site unseen; and now that borders are open across the country, Scott said he is expecting even greater demand.

Now, they are set to market Nature, an 8-storey Cottee Parker-designed project in Cotton Tree that will be home to 13 boutique residences. Each will boast views over the water and have access to a host of amenities including a 25-metre lap pool, gym, steam room and spa, private dining room and a wine room. It will open for expressions of interest later this month.