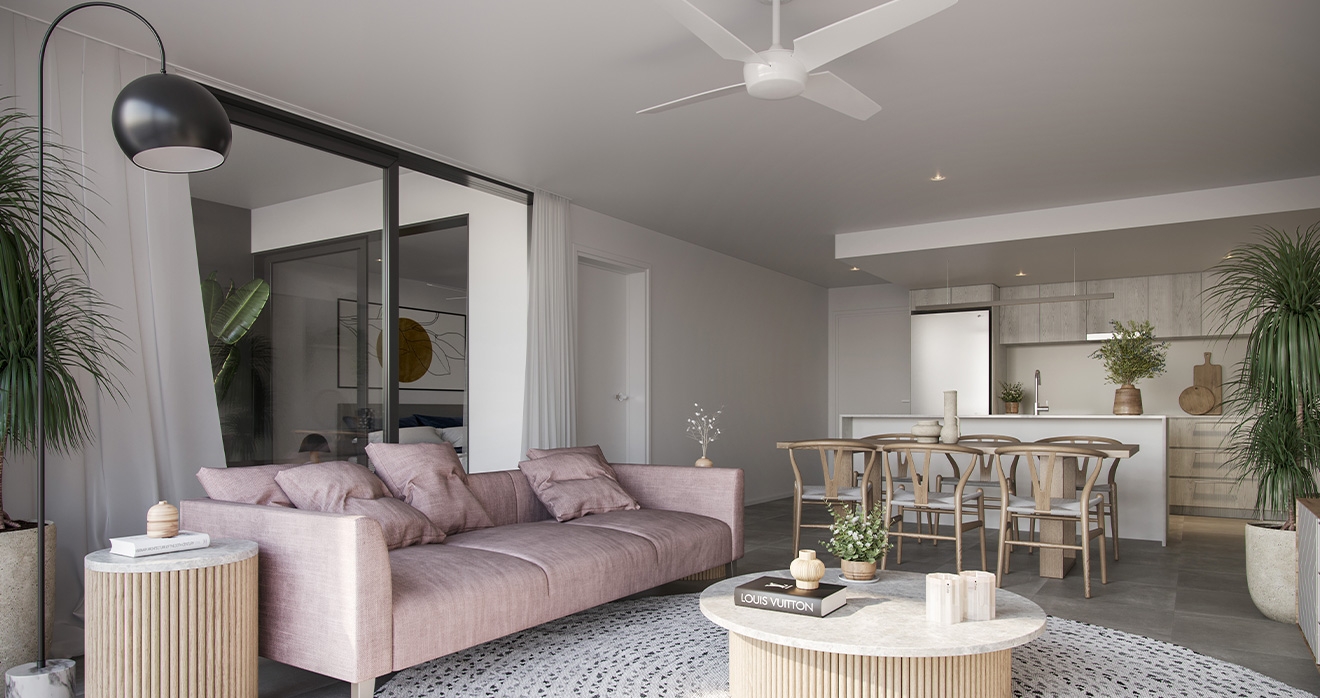 The sell-out of an eight-storey apartment block has highlighted the strong demand for property in the up-and-coming suburb of Birtinya.

Cube Developments announced the success of the first tower within its Seasons by Cube project, totalling more than $40 million.

Comprising 54 two and three-bedroom apartments, the first eight-storey tower was launched to market six months ago and recorded a diverse buyer mix with first home purchasers, investors, down-sizers and interstate buyers all moving quickly on the opportunity to purchase off the plan.

Having purchased interstate from Melbourne, George, a tram driver from Taylor’s Hill, said his two-bedroom apartment would be a home away from home until he and his wife retired.

“We’re following our son up to the Sunshine Coast to stay close to the grandchildren and will be going up and back from Melbourne to Birtinya until we retire in the next few years,” he said.

“We did our research and it was clear that Seasons is a great investment. It’s a perfect lifestyle where we can walk to the beach and the project ticks all the boxes when it comes to the amenity with the pools and lagoons and saunas and conference rooms.”

“The fact that we can access the Sunshine Coast airport within 20 minutes was another major drawcard – given our second son is in Melbourne and we’ll be making the trip frequently to split our time between the two.”

More than 30 per cent of the second tower has been secured since its launch prior to Christmas and Cube Developments Director Scott Juniper said the team also saw a spike in local down-sizers to the project.

“Empty nesters from Buddina and the neighbouring area are capitalising on a market where they can sell their existing residence as a million-dollar knockdown and opt for an oceanside apartment.

“Three bedroom units have been particularly popular in the most recent release due to being priced at under $750,000, making them appealing to this type of buyer.”

“We’ve also sold two of the three penthouses, one to a local buyer from the neighbouring area for $1.5 million, and given the expansiveness and inclusions of these modern residences, we expect the final penthouse to move quickly too.”

Seasons’ Tower Two offers fewer apartments per floor to Tower One, including ground floor residences, while Tower One houses the elaborate suite of amenities including a fully equipped gym, yoga studio, spa and sauna on the ground level.

Upon completion, the Cottee Parker-designed project will make up around 148 apartments set over three eight-storey towers.