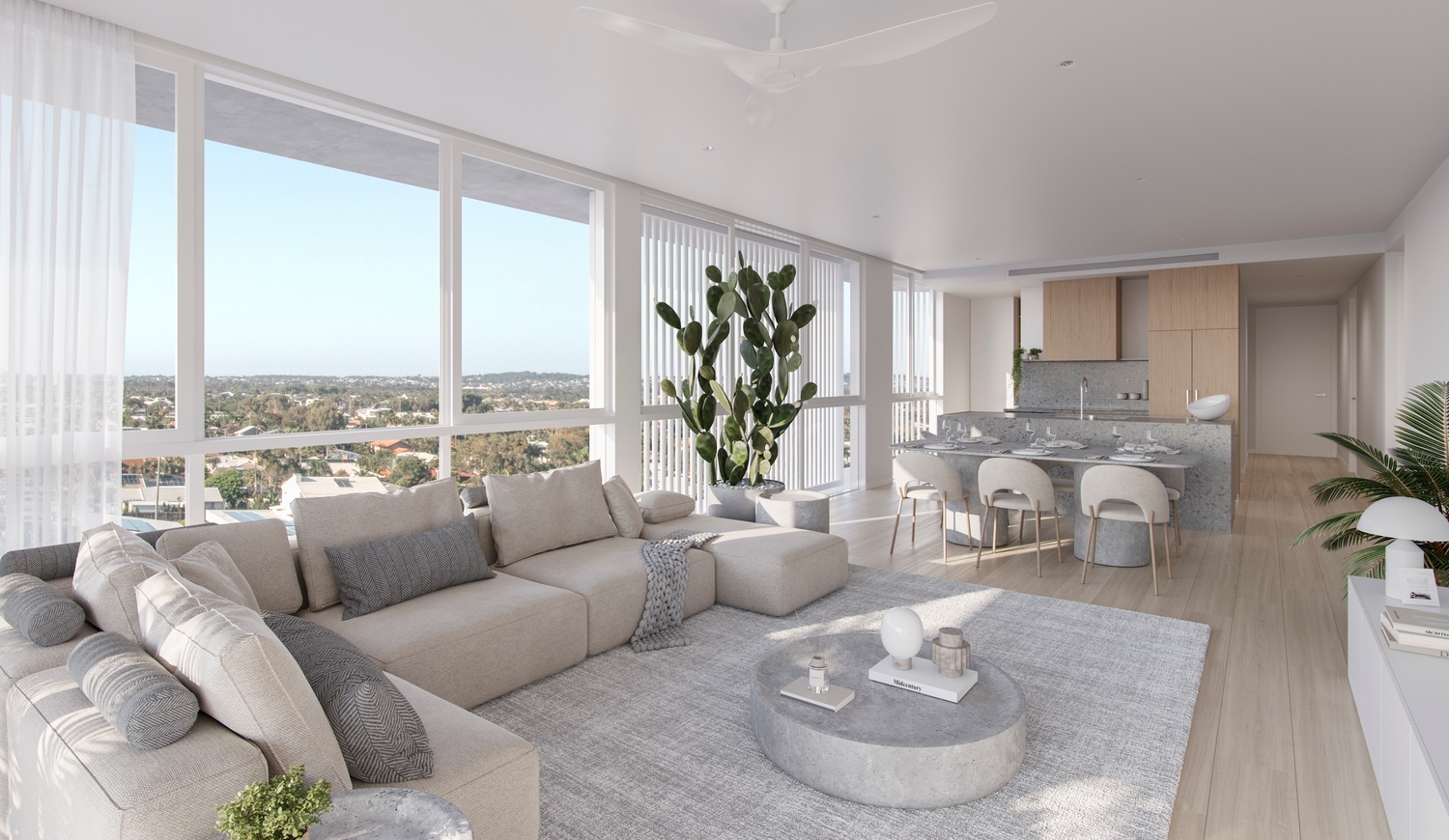 Sunshine Coast developer Scott Juniper’s Cube Developments has been given the green light for a $75-million beachfront residential project topped with six penthouse apartments, each with private pools.

The approval by the Sunshine Coast Council is for a six-storey, 56-apartment development to be called Oasis on a 3214sq m site at 25 Kombi Street, Birtinya, between Caloundra and Mooloolaba.

It is the last remaining beachfront development site in the Bokarina Beach precinct.

Juniper told The Urban Developer construction was expected to begin by late September with completion due in early 2024.

“It’s very high-end so we’re spending a lot of time with the architect and the interiors team and we’re looking for it to be better than anything that has been put into that precinct to date,” he said.

The number of apartments has been reduced from 75 to 56 to achieve larger floorplates.

“We understand the market and that it’s downsizers who want something that is larger and they are prepared to pay a premium for it,” Juniper said.

“Given that, and the fact that it’s beachfront, we knew we had to do a high-end job and have larger floorplates … also, this market has really matured, so we realised we’d be able to achieve some very high sales.”

He said the project was already 70 per cent pre-sold with off-the-plan sales so far totalling about $50 million.

“We hadn’t even gone to the market—that was all through word-of-mouth and people contacting Cube directly to inquire about the project,” Juniper said.

“We only released the project to market last Friday.”

The project comprises 20 two-bedroom and 30 three-bedroom apartments as well as six four-bedroom, two-level penthouses—ranging in price from $3.3 million to $4.6 million—with rooftop terraces and private plunge pools.

“The podium is solid and constrained,” Sheedy said. “It works to create a quiet compound that is separate from the vibrant, bustling community beyond Oasis’ walls.

“Large overhangs, glass awnings, natural ventilation, extensive dappled natural light screening and the creation of a considered microclimate work in unison to mitigate and enhance the often-extreme climatic conditions of the coastline.”

Cube Developments currently has two other active projects in the area, the 146-unit Seasons and 245-unit Birtinya Bay. It also has recently completed two other residential developments—Curve and One Prosperity—in Birtinya.

“Down the Gold Coast and Brisbane there’s a lot of supply coming into the market.

“Because of Covid eveyone’s realised they can work from a regional area and still do their job.

“And we’ve got a fantastic lifestyle to offer on the Sunshine Coast.

“So, we’ve had this big jump and we will continue to see incremental increases but I think it’s really about consolidation for the Sunshine Coast right now.

“The crazy thing is you don’t need a lot of net postive migration to actually skew the property market here. If your base is 350,000 residents, two or three thousand more than what was going to be here last year has a real effect on property pricing and take up.”