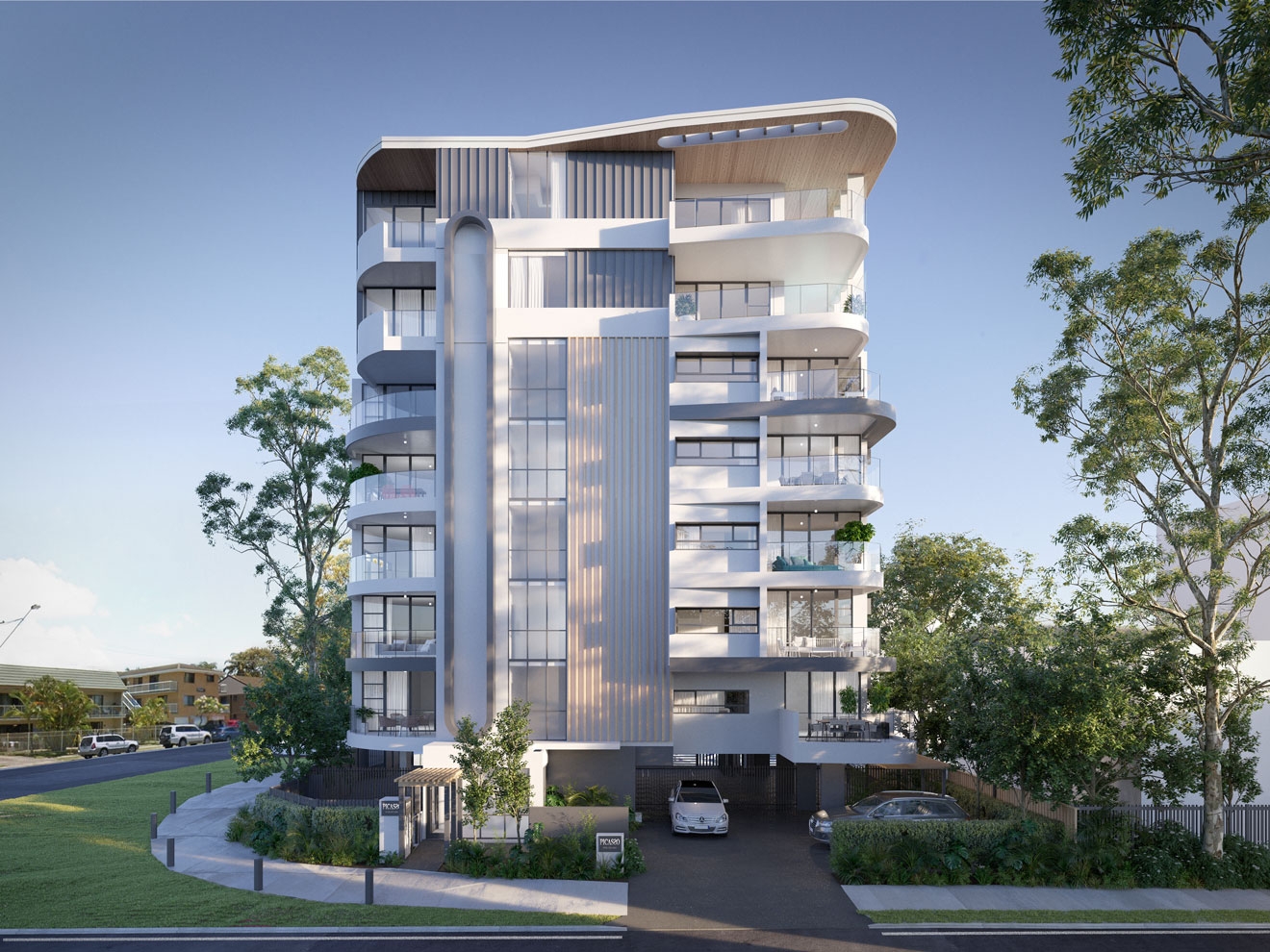 Construction has commenced on Picasso, the Mooloolaba apartment project by Cube Developments.

Nine of the 12 apartments have already been snapped up by local and interstate buyers, with 30 per cent hailing from Victoria and New South Wales, a trend which Cube Development director Scott Juniper says is a trend that has held true across the entire portfolio.

“The after-shock of COVID has all but settled ​with those once in a lifetime decisions now imminent,” Juniper said.

The project has captured the interest of buyers of second dwelling, with owner-occupiers the next highest category of shopper.

Juniper believes the rapid success in sales of the project is down to its relative affordability and vantage in the sought-after Sunshine Coast pocket.

“There hasn’t been a boutique project like Picasso released in the area in a number of years, so this is a rare opportunity for buyers to purchase new in the area,” Juniper said.

“The vantage at Mooloolaba is unrivalled – just 200 metres from the patrolled beach, and a short walk to the new entertainment and dining district at the wharf.”

“This all contributes to creating a lifestyle around the precinct that is unlike any other,” Juniper added.

Of the three remaining apartments is a three-bedroom sub-penthouse valued at $1.95 million, featuring its own sky-high, private infinity pool.

Spanning the whole of the sixth floor, the near 290 sqm apartment also features a wine cellar and four balconies, with ocean glimpses from the main.

The other two three bedroom apartments are priced at $935,000 and $995,000. They each have two balconies and a kitchen with stone bencht ops and Smeg appliances.

“The expansiveness of the apartments and size of the bedrooms – comparative to what you could expect in a residential house – is what has set these apartments apart in the current market,” Juniper said.